Locally Lambton’s directory of local food sellers and attractions is getting a digital makeover this summer.

The initiative funded by the Lambton Federation of Agriculture has published Locally Lambton maps since 2006, and also maintained a website currently being updated to make it easier for local growers, producers and attractions to use.

“The last time the website was updated was five years ago,” said federation administrator Christina Hyatt. “With any technology, everything changes dramatically in five years.”

Locally Lambton was created when community members, farmers and organizations came together to create a map in 2006 to support the concept of buying local food.

Hyatt said users love the map but were asking for an online tool that was “editable” when business hours, products or other information changed.

“Instead of doing a new map this year, we are going to update the web page to be fully functional – mobile functional.”

The updated website – locallylambton.com – is expected to go live later this month, although vendors and attractions can sign up now through the site at a cost of $50 a year.

Once it’s operating, the site will have a searchable map showing vendors and sites across the county.

“If you’re only interested in somebody who sells apples, you can search for that,” Hyatt said.

Vendors and attractions will be able to log in to the site and update their information at any time, she said.

The website and map are subsidized by the federation on top of the money raised by the minimal fee charged vendors, farms and attractions, Hyatt said.

The new website can also be used by more vendors and attractions than fit on the map, opening the door to more participants, including artisans and “crafters,” she said.

Plans are to revisit an update of the Locally Lambton map in the next year or two, Hyatt said.

She said additional information is available to vendors by emailing the Locally Lambton project at [email protected].

Jose Antonio Olvero is shown in this file photo picking Royal Gala apples at Zekveld’s Garden Market. The Reece’s Corners food business is one of the participants in an soon to be launched updated Locally Lambton website, supported by the Lambton Federation of Agriculture. FILE PHOTO / /THE OBSERVER

From: The Sarnia Observer 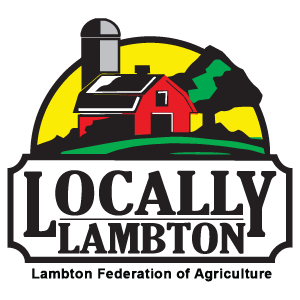